Album Summary:
Two years ago I was recovering from major surgery and didn't know if I'd ever feel like myself again. I made this album to prove that I could. That might sound dramatic, but thankfully the album is not. Several New Things Under the Sun is a celebration, a free-wheeling collection of songs culled from long-lost notebooks, reimagined demos and new material recorded with first-take whimsy. Music heals, and I'm forever thankful to those who helped me put this together. Special props to Daniel Dominic Mancini, who traveled from DC to Portland to play drums and keyboards and co-produce the album. 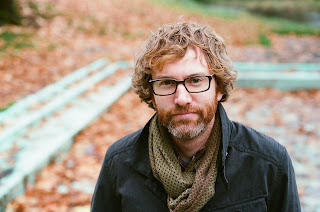 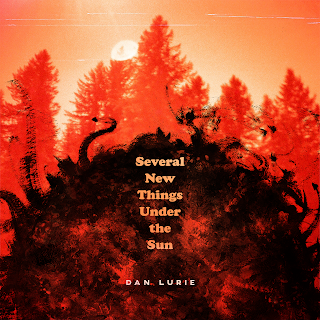 Dan Lurie Bio:
Dan Lurie is an indie-folk tunesmith who specializes in home cassette recording from his humble abode in southeast Portland, OR. After 10 years fronting the quirk-pop ensemble Solyoni, Lurie released his first solo effort, Spirit of ’98, in 2011. The concept album was inspired by his experiences living in the small college town of Athens, OH. The followup, Postcard Club, was released in 2014 and features songs loosely based on a stack of vintage postcards. Several New Things Under the Sun is his third solo release.

Past Press:
“Memory-soaked lo-fi that peels out of the speaker like a ray of sunshine.” – The Deli

"This guy is leagues ahead of a lot of rock bands I've listened to when it comes to leaving an emotional impact in the heart of his audience." – Cassette Gods

“Sometimes an album endears itself to you in such a personal way that you’re sort of embarrassed to play it for friends, in fear they might not get it. Dan Lurie’s Spirit of ‘98 is fast becoming one of those albums for me.” – Willamette Week